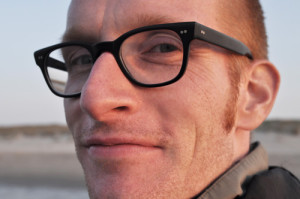 in short:
Rutger graduated at the art academy in Arnhem in 2001. Before that
he studied at the Grafic Lyceum. After the academy he worked for
several design agencies, such as Overburen (Joost Overbeek) and,
’till the end of 2009, ZiLtd. But it was about time for a change,
so he became a freelancer, making it easier to combine his graphic
work with his other passion, being a musician.
Rather it’s a cd-sleeve, an extensive campaign or a logo, Rutger’s designs
are refined, but also clear and to-the-point. No bullshit.